Get your tickets NOW for this exciting event. When this performer becomes an international superstar you’ll get to say “I saw him with 400 of my friends and neighbors at the sold out event at the Stillwood Inn to benefit the Wallingford Fireworks Fund.”

Here are the stats for his Constant Motion 2011 album release: 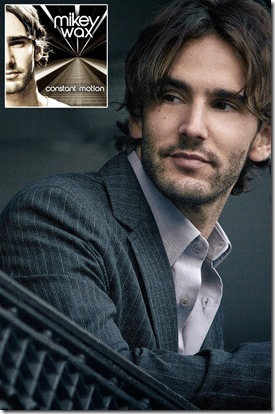 Don’t take my word for it - check out his website and download a FREE SONG and hear the next superstar for yourself.

We are excited to have him scheduled to perform at our little benefit to save Wallingford’s Fireworks for the 4th year in a row.

For more details on the Dinner Fundraiser please see our prior post.

Donate now! Save Wallingford’s Fireworks and the Independence Day celebration!

Posted by Jason Zandri at 7:40 AM No comments: Links to this post

Collections started today at Wallingford Dunkin Donuts; will continue into Friday and Saturday (and beyond)

With 71 days remaining, we have formally kicked off our collection drive for the 2013 event.

I took a vacation day from work to get a few errands done and the first thing on my list from 7AM to about 8:45AM was to collect at the North Colony Dunkin Donuts. My father was over at South Colony and we ran just about $400.00 today – a very fair start.

Tomorrow, Friday March 22, we have a volunteer scheduled to be at the Yalesville Dunkin Donuts from 7AM to about 8:45AM and my father is supposed to be at North Colony around the same time.

On Saturday morning my father and I will be at the landfill and the recycling center from 8AM to about noon.

If you’re out and about and want to drop a couple of dollars into the buckets to support your show that would be fantastic.

We also have the FAMILY DINNER FUNDRAISER scheduled with SPECIAL MUSICAL PERFORMANCE by MIKEY WAX so please keep that in mind into the upcoming weeks.

As always, if you need more information, please feel free to contact me directly (860) 614 6069 – email is always best at Jason@Zandri.net

Also – stay up to date my watching the blog http://wallingfordfireworks.blogspot.com/  or by joining the Wallingford Fireworks Fund Facebook group.

For those of you wish to mail in a donation, you can do so by making checks out to: “Wallingford Fireworks Fund” and sending them to:

We also accept donations via Paypal

Posted by Jason Zandri at 5:30 PM No comments: Links to this post 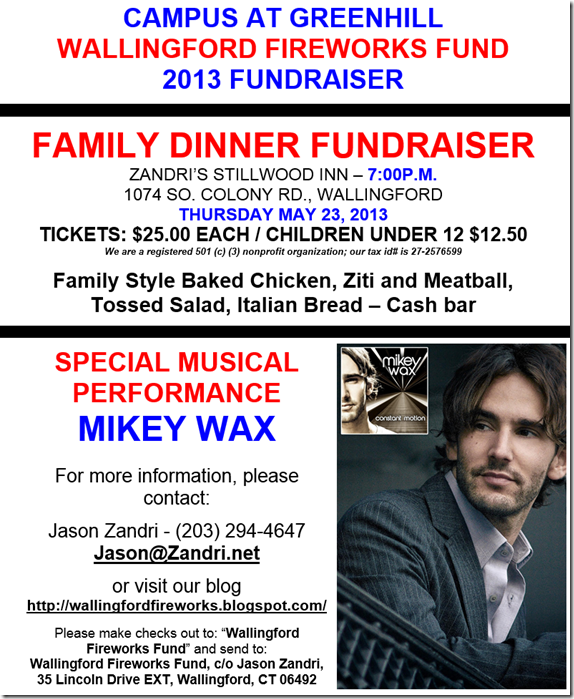 Posted by Jason Zandri at 3:13 PM No comments: Links to this post

Sandy Guastella passed away Wednesday, Feb. 27, 2013, after a courageous battle with cancer.

Sandy Guastella was a big supporter of our cause. She regularly made donations to us despite her illness and would put out a collection container at her 4th of July yard party each year to collect donations for the following year.

Thank you Sandy. Rest in peace. I will put a remembrance page in the 2013 program book for you and since it was asked in lieu of flowers to make gift donations to Master’s Manna I will do so.


(Below was partially taken from her obituary).

Sandy Guastella
WALLINGFORD — Sandy Guastella passed away peacefully Wednesday, Feb. 27, 2013, after a courageous battle with cancer. Sandy fought this battle with dignity and grace and will be dearly missed. Sandy is survived by her dearest friend of 25 years, Stephanie Crump; her beloved niece, Kim Mauro; her family of friends; her sisters, Ann Brinkerhoff, Linda Rogers and Debbie Kondracki, all of Summerville, S.C.; and nieces and nephew. She was predeceased by her mother, Betty Guastella, whom she loved dearly. Sandy was a caring person and was always interested in whatever you were doing or what you had to say. She was this way with everyone she met and made friends where ever she went. Sandy was always willing to lend a helping hand to anyone in need. She was a very kind and generous person. She had an incredible ability to engage complete strangers in conversation as if they were longtime friends.

In lieu of flowers, gifts in her memory may be sent to Master’s Manna, 46 North Plains Industrial Road, Wallingford, CT. 06492.

Posted by Jason Zandri at 5:51 PM No comments: Links to this post

Patriotism on display – Editorial from the Record Journal

As published in the Record Journal on Sunday March 3, 2013 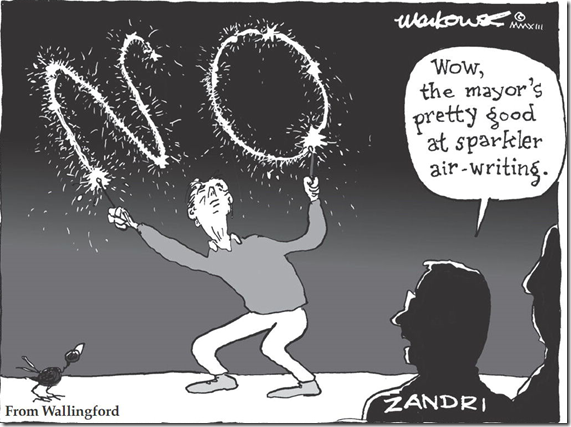 Once again, Wallingford Mayor William W. Dickinson has signaled intentions of not funding July 4th fireworks in the new municipal budget (a conclusion illuminated atop today’s page by editorial cartoonist Kevin Markowski). Town officials should rethink that decision, and work with residents and the local nonprofit Wallingford Fireworks Fund to raise money.

Known for holding the line on expenses during decades in office, Dickinson originally eliminated finances for the Independence Day festivity in 2009. National economic conditions then were even more unpredictable, so the mayor reasonably sought reductions of expenditures he believed non-essential. In recent years, local volunteers have worked assiduously to raise funds to provide community members with the summertime event. Town councilors Jason Zandri and Craig Fishbein formed the Wallingford Fireworks Fund in 2010 to help collect $30,000 to $40,000 required for the July 4th show.

Furtherance of occasion for national pride merits budgetary underpinning. Dating back to before the 70s, Wallingford crowds have consistently participated with patriotic fervor in recognition of Independence Day. Fireworks are not just a spectacle of bursting brightness in dark evenings, but celebrations of everything held dear by Americans — our country’s history of freedom and democratic ideals.

Wallingford is operating under a $145.1 million current fiscal year budget. Hence, the cost of fireworks among total municipal finances is but a momentary spark amidst a spectacular light show. Moreover, compared with 2009, when America still reeled from recessionary turbulence, the economy of 2013 has improved marginally. The town should be able to afford $30,000 to $40,000 for a tradition appreciated communitywide.

But Dickinson does act with prudence in maintaining a tight budget, even now. America has not yet achieved full economic recovery. Connecticut faces deficits which probably will mean fewer state dollars allotted for towns and cities. Sustained fiscal conservatism in light of these potential financial hazards is understandable.

Thus arises opportunity for positive partnership. Costs could be split 50-50 by the town and Wallingford Fireworks Fund. Volunteers have made gestures of goodwill in recent years by bridging the monetary gap from town-budget shortfalls to July 4th celebrations. Now it’s time to extend that bridge between municipal leaders and community. Residents should consider regularly donating to their local nonprofit in support of the Independence Day event — an investment in a local and national tradition worth fostering.

Cooperation would be a win-win for mayor and contributors both. This mutually supportive venture can achieve long-term sustainability for a show manifestly valued by a majority of citizens. Surely, Wallingford’s budget can go halfway when adding patriotic sparkle to its July 4th night sky.

Jason Zandri
I have been working in the information technology field in one form or the other since 1996. I am currently employed full time at Tallan, Inc. as a Senior Cloud Infrastructure Consultant. I live in Wallingford Connecticut, which is my hometown where I have lived my whole life.

I have a passion for technology and I clearly do not sleep much.

I’m always looking for input so drop me a note and let me know what you’d like to see.